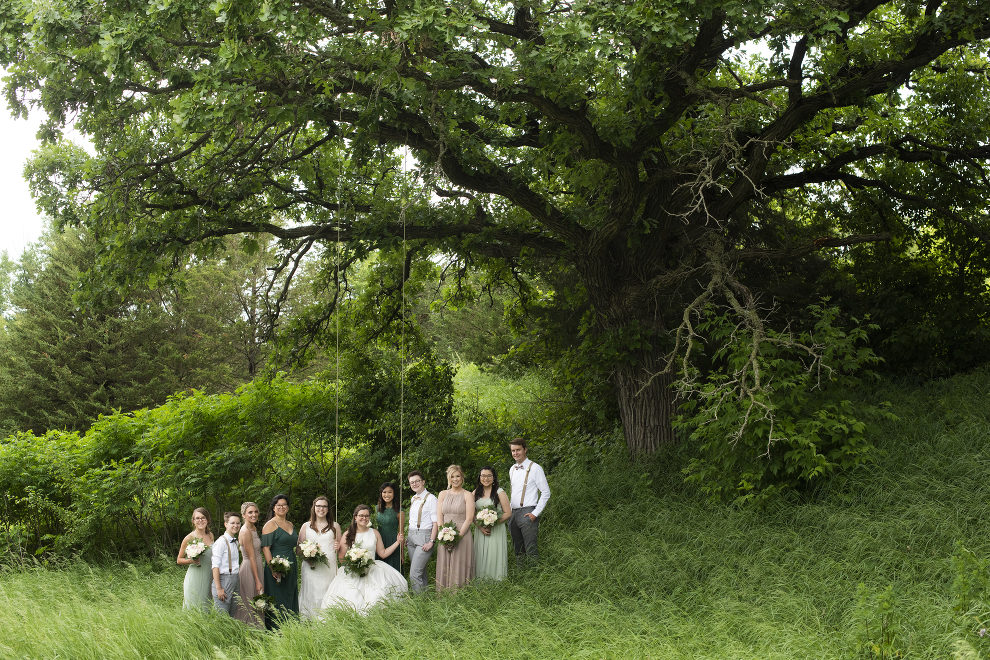 Many of you know our daughter got married on our property last Saturday and it was one of the happiest days of my life! I wanted to share the behind the scenes details of how we saved thousands on her beautiful wedding. According to the Knot the average wedding in the Midwest is $39,000 with the average number of guests being 136. We were able to keep under the budget of $20,000 with 120 guests.
My daughter and her fiancé wanted to get married on our property, which I was absolutely thrilled about! I’ve been photographing weddings since 1988.  I’ve gotten to know a lot of vendors, who is really good, who is not so good, who is less expensive but still awesome etc., and also learned a lot about what goes into planning a wedding.

Things that helped keep the cost down:

The two areas that we splurged a bit: Photography and Flowers. Photography because after the wedding all you have left are the photographs and we value high quality photography of course, and for flowers of course we hired one of the best in the Twin Cities: Terri Uy-Lennon but we saved by not doing flowers for parents or grandparents. We also saved flower petals from the rehearsal dinner for the flower girls to scatter down the aisle, and Terri designed the large greenery swag to double as a head table decoration (we just had a designated person remove it after the ceremony and place it on the head table). Well designed floral arrangements can really make a big difference in the décor, it was important to me to not go cheap on the flowers, so I was really glad my daughter agreed. People kept asking me: “So who is going to photograph your daughter’s wedding, you’re not going to are you?” My answer was of course not, I wanted to be in the pictures, not be the one taking them, I wanted to be just a mom, not working at my daughter’s wedding! But obviously I know a lot of photographers, so I made a list of about 10 photographers and let her choose. She invited me along for some of the interviews, which was fun. In the end she chose Melissa Hesse from Rivets and Roses and we couldn’t have been happier with her choice! Melissa and her assistant Lucy did an excellent job, they were very professional and worked very hard to capture everything that was happening. The images are perfect and I can’t imagine a better fit for my daughter’s wedding.

These are just a few things I wanted to jot down before I forgot, I will update this post when I have more time, but feel free to contact me if you have any questions! More photos coming soon!!! 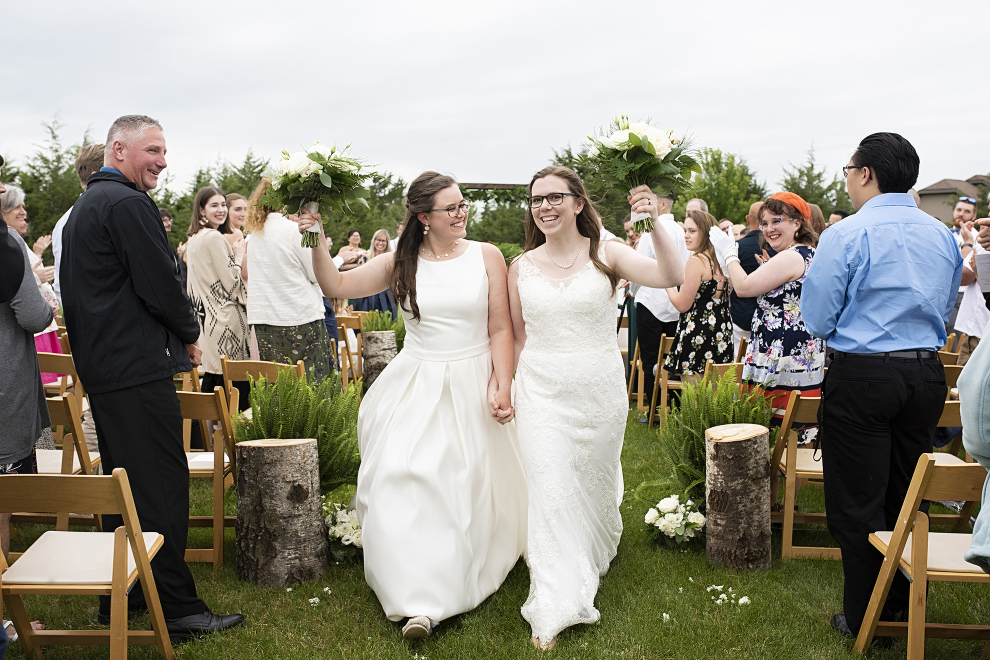 My beautiful daughter Athena on the left and her beautiful bride Carleigh on the right. What an amazing day I’ll never forget!

« Is an Unplugged Wedding Best? How Do Couples Enforce This?Best Pad Thai Recipe »